“Who” (What) Are You Sleeping with Tonight?

It’s late and you’re tired. The day’s been long. You’ve worked and/or played hard for about seventeen hours and the sun has been down for hours. You feel relaxed, but it’s time to hit the sack. So, off you go, get a shower, brush your teeth, put on some cologne or perfume and your sleeping attire and hit the sack.

And there they may be, waiting patiently for your arrival. They can’t wait to snuggle up against you. They’re excited, anxious, and ready. They really don’t care who they come close to, as long as they have blood. They are Culicidae and they have invaded households, cruise ships, hotels, motels, campsites, travel trailers, and any place you could possibly imagine, and they do so without regard to social standing. They’ve set out to become the new social panacea, though we really want nothing to do with them. They are bedbugs.

Bedbugs are small parasites. They are much smaller than their hosts and are picky when it comes to where they want to “dine.” They thrive in a certain environmental niche and exist on a limited diet – your blood. They will tolerate a wide range of environmental conditions, but prefer a nice warm body to curl up with – yours.

They’ll thrive and grow their colonies to vast numbers if you treat them well. As their host, you may not even know they are there. They are tricky. But let them grow in numbers and their presence will eventually be known to you.

create a lot of waste, piles of it in fact. They may appear to be dark spots on your mattress, which may be dried blood, their feces, skin sheds, eggs, dead bed bugs and so on. They’ll appear inside your mattress, between the mattress and box springs, under the bed, or in your linens.

You can catch them in the act of trying to snuggle up to you. Bring a flashlight to bed. About an hour before dawn scan your linens as you lay in bed. Don’t freak out. You might see them moving about. If you move, they’ll scurry to hide. They’re shy.

Want to be sure they’re really bed bugs. It’s duct tape time! Lay strips of duct tape, sticky side up, on the floor around your bed. Try to remember it’s there if you get up during the night to visit the bathroom. Stick a few more on the sides of your mattress by taping two strips together with a third piece rolled up in between the first two. Leave them there for a few days. If you do indeed have bed bugs, you’ll capture a few. They’re small and look similar to a cockroach.

What now? CLEANING TIME. Remove the linens, wash them in HOT water – spend the extra $.40 a load, as 120-degree water kills the little buggers. Don’t leave clothes lying around the bed. Wash them separately from your linens. Put them separately in the dryer – on high. Step two. Don’t take stuff out of your bedroom into other rooms of the house. You’ll transport the little darlings to a new habitat, like junior’s room or the family room sofa, infesting the rest of the house. Vacuum. Vacuum. Vacuum. NOTE: If you have a bag-less vacuum DON’T VACUUM, as you’ll only spread them around via a free air trip. Other things NOT TO DO include bleaching the day lights out of stuff – you’ll only succeed in irritating your skin. Contrary to popular belief lavender oil does not kill bed bugs, though it does smell nice. Don’t turn up the heat in the house unless you can get the entire house temperature to 120 degrees; also, you can’t freeze them out either. Keep the thermostat where it is currently set.

Finally, it’s good to know that everybody reacts differently to bed bug bites. Most people won’t even feel them. The little buggers inject a chemical into you to stop your blood from clotting, so they get their full meal. The anti-coagulant keeps you from feeling the bite while you’re asleep. If you are allergic to the bites see your doctor, as the rash may be a reaction to the bug’s anti-coagulant. Rarely do people have serious health problems as a result of their bites. If you still need help from the professional pest control company goes to GC PEST CONROL. 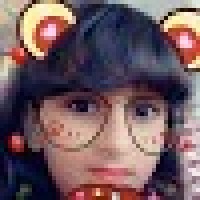